Where does facial recognition go?
by Doc Searls Monday, December 2, 2019 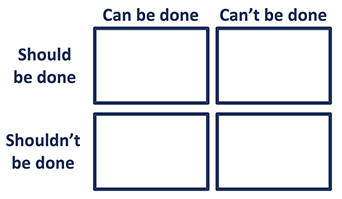 FightForTheFuture has put up BanFacialRecognition, a site where you can join a long list of people and companies endorsing this statement:

Facial recognition surveillance is biased, invasive, and it violates my basic rights. I urge you to pass legislation that bans the government from using this dangerous technology to spy on the American public. Thank you.

Nice and simple. Also incomplete, because it leaves the private sector at liberty to do all the facial recognition it wants.

If you're going to ban facial recognition, why not ban it completely?

Simply put, because it won't work, at least not across the board. Facial recognition will still be developed and used by countless companies in many countries, some of which see it as a huge advantage.

Even if the UN bans facial recognition, countries such as China (which loves it) are still going to do it, and encourage its private sector to do the same. Both those sectors are massive.

So this isn't a situation where the cat is out of the bag, but where there are countless cats, all are robots, all of them can know faces, and some can carry guns while obeying orders from whomever or whatever controls them.

For more on that scenario, see the IEEE's Slaughterbots* debate:

It's an 8-minute movie that's too scary to watch. Also fully imaginable, which is why it exists.

It should help to remember the first rule of technology: What can be done will be done—until people realize what shouldn't be done. Example one: nuclear power.

With some technologies it's hard to imagine all the things that can, can't, should, and shouldn't be done. This one's easy.

So, since slaughterbots go in the lower left box, what can be done to prevent them now? Is it a petition such as this one? Something else? What?