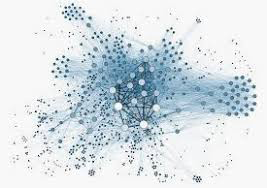 Look up "personal data" on Google and you'll get 220 million results. Atop all those is the European Commission's:

Personal data is any information that relates to an identified or identifiable living individual. Different pieces of information, which collected together can lead to the identification of a particular person, also constitute personal data.

This is the definition behind the commission's General Data Protection Regulation, better known as the GDPR.

The problem here isn't one with the definition itself, but with the absence of distinction between data a person has or holds (such as what's in our hard drives and not out on the Internet, and could with minimal ambiguity be called "personal data") and data about a person.

Since data about data is generally called "metadata," I suggest that data about a person be called metapersonal data.

As of today, here's what Google says about that: "No results found for +metapersonal data."

Maybe that'll prove useful. Or maybe not. Either way, you heard it here first.