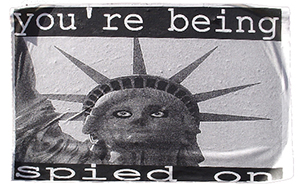 On one of the social networks, a friend wrote something sensible that came down to these points:

1. Maybe VRM has it wrong about customers, because—

b. They don't value their data highly enough, and

c. They're not feeling the pain of their poor decisions enough.

4. In respect to #s 2 and 3, personalization is seen by people as preferable to the lack of it.

I replied, I hope just as sensibly,

Nobody wants to be followed like a tracked animal. Nobody wants a zillion logins and passwords. Nobody wants a different "experience," controlled by the other party, at every commercial website. And adtech works like slavery worked for slave owners. Like smoking worked for tobacco companies and retailers. Like alcoholism works for bars.

The simple fact is that tracking people without their invitation, express permission or a court order is flat out wrong. And there are endless studies that show most people make what they know is a shitty compromise with The System when they "accept" terms that quite simply fuck them. One example: The Tradeoff Fallacy: How Marketers are Misrepresenting American Consumers and Opening Them Up to Exploiitation, by Annenberg/Penn in 2015. TRUSTe had a long and good series of studies in the UK and the US showing 90% of people online felt their privacy was compromised and wanted something better.

Acquiescence is not the same as demand. People put up with shit when shit is all there is to put up with, and shit is the system we have.

We can do better. That's what's driven our work with ProjectVRM and Customer Commons from the start. And we invite all who are fed up with shit choices to join us in commons cause.