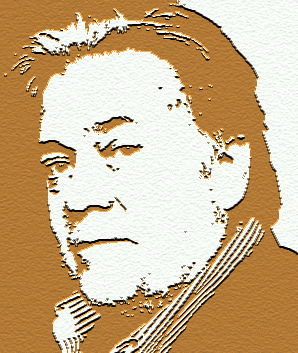 I've now read Michael Wolff's Fire and Fury twice, and have seen nothing in the news since the book went to bed (last November) that has me doubting what's in it. Even if not a single thing in it is factually accurate, all of it rings true.

See, what Michael wrote is a portrait, not a photograph. And it's an artful one, since Michael is a helluva good writer. He's also the best media critic we've got. And Trump is, above all, a media character. So are, or were, all the many characters who surrounded Trump in the book's story of the administration's first eleven months. Now only three of those characters are left: Kellyanne Conway, John Kelly and the dual entity Steve Bannon calls Jarvanka.

Jared Kushner is under the bus now. Will Ivanka follow? I dunno. What matters more is that the country and its media—of all sizes—have normalized around Trump. Like or hate him, Trump is running things, just by tweeting constantly, saying and doing wild shit, thrilling his base and freaking the rest of us out.

It's a way that was, and remains, very much to the liking of Steve Bannon, who is the lead character in Michael's book. (And, I gather, the leading source for the book as well.)

Bannon is also the real Russia, because Trump wouldn't have won without him. Though exiled from the White House and Breitbart, Bannon remains hugely smart about the world, and is worth reading and listening to, whether one agrees with him or not. If you're up for that, dig this GQ interview.