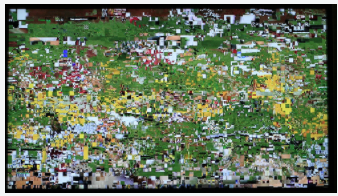 I love @DaveWiner's BingeWorthy Hot List, mostly so I know what I might want to watch if I'm ever laid up without a keyboard and screen of my own. Until then, I'll be mostly a wannabe binger.

See, on a couch I'm more of a monkey than a potato: too hyper to sit still  for long periods of time. Even movie theaters make me antsy.

True, I am a desk potato. But at least I can type when I'm there, such as now. In front of a TV, the most I type is a search string. I do that into a bluetooth keyboard for the TV, the Dish receiver or the Apple TV box. (For that I have a cool cheap bluetooth keyboard that has three sets of settings: one for each device. Nice.)

Okay, all that said, here's where I am on the Hot List:

Gore, murder and gross sex are no fun for me, so Game of Thrones turned me off in the first episode (two beheadings, multiple dismemberments, one undead child and another pushed out a window after he witnessed doggie-style incest).

I’m saving The Wire for my next hospital visit, if I ever have one.

Mad Men bored my ass off after two episodes. Or maybe fewer. I forget.

The Sopranos was too close to home. (I'm from New Jersey and knew some of those people. Not fun.)

I liked West Wing a bit, back in the decade, but I only co-watched it with my mother and sister when they were visiting addicts to it. (Mom, as a former Alaskan, loved Northern Exposure.)

Tried and failed to get into Battlestar Galactica.

Liked Six Feet Under a bit. Saw maybe five episodes, which is a lot for me. The last one was perfect.

Tried Handmaid’s Tale on the flights to and from London last week. Fell asleep on the outbound and got bored on the return and  punched out.

Black Mirror left me wanting the much shorter and punchier Twilight Zone again. (I binge-watched that show… damn: sixty years ago.)

The only modern show I’ve binge-watched is Silicon Valley, and I’m not even sure it’s good. It's just familiar, meaning I've seen nearly all of it before, in the real Silicon Valley.

My wife got into Downton Abbey on a plane and wants to see the rest of it. at some point. She’s also into The Collection on PBS, which is about the fashion business in Paris, where she is right now. It’s current with weekly episodes, so not binge-able yet.

That's about it. Main thing is that a show needs to upstage news and sports, which is about 90% of what our TVs get used for, and even then not very often. (More when guests visit than when we're home alone.)