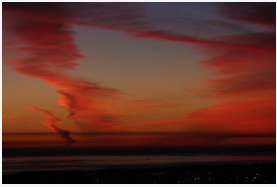 Companies, like every life form, tend not to last forever. Or even for more than a few dozen years.

Even durable ones, like Hewlett-Packard, live by splitting into multiple companies or becoming different entities than they were in the first place.

Sure, HP may still be around as a legal entity that makes money in a bunch of ways; but how much if any of that company still draws from artesian well of good sense that was Bill and Dave's HP Way? How much is Apple still about what drove the Steves to create it? How much is Google still doing what Larry and Sergey wanted to make in the first place? At most the answers are "some, but not enough."

Projects have purposes bounded by completion. As with life forms, they are made to live and do good things and participate in the world, but also to be done. It is no accident that founders of venture-backed companies have to plan from the start for an exit.

Thought: how is going public not a return of a company's substance to nature? By not throwing their people and property into the public domain they stay alive, walking dead, like zombies.

Yah, that sounds harsh, but think about it: how little do most stockholders care about a company beyond what shares of it sell for on stock markets? And how little does that one thing matter to what a company actually does? Nothing could be farther from the founding missions of Bill, Dave, Steve, Steve, Larry and Sergey.

There is something brain-deficient about the fiction that a company works only for its stockholders, or to throw off profit like a burning house throws off heat. (Let's throw another bedroom in here, Charles. Need to keep this thing going.)

I know I'm being way too simplistic here, and maybe outright wrong; but I'm just thinking out loud and jet-lagged on a Saturday morning, happy to be home and unable to keep things out of my head that might be worth talking about.

What I know for sure is that every purpose is temporary. Thus seeing everything as a project seems more sensible than all rationalizations toward boundless persistence across time. Everything ends. That's purpose too.

We're no different. When we're moving fast toward our purposes, it's not much help to watch for an exit. But eventually we take one. Or vice versa.